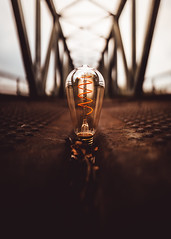 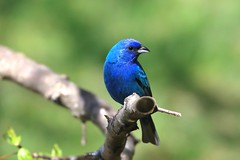 Writers, Our Words are Needed Now More than Ever

The morning after the American election, for many of us minorities in America and abroad, was a surreal and terrifying experience. I know that some might not want me to get political on this blog, but I’m sorry, that’s impossible. I am a minority. A person of colour. A woman of colour. My work is inseparable from my identity and my identity is inseparable from my struggles. And, I guess in this case, my suffering.

It was a repudiation of my self. A gentle reminder that there were millions of people who would not, who would never recognize me as a human being. Who would do anything they could to keep me in my ‘place.’ I had to text my supervisor in the middle of the night and basically ask to meet and talk because I was feeling so much despair that I didn’t know how I would make it through November 9th. Let me be clear: white supremacy is real. White supremacy and racial hatred won the election for a man who ran his campaign based on Hitler-esque ideology and fascist discourse. We must be honest about it. We cannot run from that truth. We must never forget it or allow it to be normalized. Because we are all affected by it.

However, my supervisor not too long ago passed along an article that I feel might give some comfort for those in the YA community feeling the way I am. It is a piece written by Toni Morrison entitled, “No Place for Self-Pity, No Room for Fear.” And it is a message for all of us who write, who speak, who create – don’t stop. Because your words are needed now more than ever.

No Place for Self-Pity, No Room for Fear

Christmas, the day after, in 2004, following the presidential re-election of George W. Bush.

I am staring out of the window in an extremely dark mood, feeling helpless. Then a friend, a fellow artist, calls to wish me happy holidays. He asks, “How are you?” And instead of “Oh, fine—and you?”, I blurt out the truth: “Not well. Not only am I depressed, I can’t seem to work, to write; it’s as though I am paralyzed, unable to write anything more in the novel I’ve begun. I’ve never felt this way before, but the election….” I am about to explain with further detail when he interrupts, shouting: “No! No, no, no! This is precisely the time when artists go to work—not when everything is fine, but in times of dread. That’s our job!”

I pondered over this for a while as I was reading. I wondered to myself, what does it mean to say that it’s our job, as writers, as thinkers, to continue to write and make our voices heard even during nightmarish times such as these?

Well, I can see why it would be crucial for journalists, satirist, academics and the like. And in fact, being a grad student and hopeful teacher, it’s important for me to emphasize how crucial academic work is. Reading books from Toni Morrison and theory from bell hooks. Writing on critical race studies, colonialism, racial and gendered violence – our work is central to the operations of democracy.

But what about writers of fiction? After all, I’m a YA writer too. I write books for young people about kids saving the world. I write about super powers and huge monsters and magic weapons that appear through the power of one’s mental will. Does this count as part of the crucial work that needs to be done during “times of dread”?

Because words matter. Words can be violence. They can hurt, they can brutalize, they can destroy. But they can heal. They can build and transform. They can move us towards empathy and understanding. And justice.

It’s a theme that resonates even in the children’s lit community as we have our conversations about books that can, maybe without authors realizing, have some pretty intense racial undertones. What happens when these conversations start to happen? On one hand, you have those who decide to speak out against portrayals of the racial ‘other’ that have dehumanized us since before the colonial period. On the other hand, you have those who attempt to silence the former group. This never ceases to be the case. Even now I feel hesitant and scared to perhaps even discuss this. There is always a price to pay, certain forces remind us. This is a common theme for many of us, reiterated again and again as we go through life. If you speak out against racism, if you name it, if you expose it and if you demand its removal from our shared spaces, you might lose followers, lose readers, lose jobs, lose friends, and sometimes even lose your life.

Toni Morrison, indeed, goes on to write that many writers, regardless of what kind of writing they do, have to face this kind of censorship.

Dictators and tyrants routinely begin their reigns and sustain their power with the deliberate and calculated destruction of art: the censorship and book-burning of unpoliced prose, the harassment and detention of painters, journalists, poets, playwrights, novelists, essayists. This is the first step of a despot whose instinctive acts of malevolence are not simply mindless or evil; they are also perceptive. Such despots know very well that their strategy of repression will allow the real tools of oppressive power to flourish. Their plan is simple:

2. Limit or erase the imagination that art provides, as well as the critical thinking of scholars and journalists.

3. Distract with toys, dreams of loot, and themes of superior religion or defiant national pride that enshrine past hurts and humiliations.

But that’s because one’s imagination can break down power structures.

And power fears that.

By showing people what is reality, but also what is possible we can push critical thinking, push imagination to conceive of relationships and identities and ideologies that go beyond what oppressive formative culture forces upon us. Fate of Flames is a story of four girls of different racial backgrounds changing the course of the world. They are not perfect. And indeed, there has already been some backlash from those who perhaps feel that they should be. But as a kid, I never felt perfect. I knew I was flawed. But what I needed were books to tell me that it was okay. What I needed were books that told me that I too could join in the adventure. I too could make a difference. I too mattered. Imagine the difference that can make. Writing matters.

We are, today, living at a time in which alt-right populism has been given every weapon available from the combined power of white rage, violent patriarchy, a conscience-less media driven away from facts and truth towards profit and ratings, the dangerous militarization of the everyday from schools to prisons and police departments, the emptying out of the welfare state through neoliberal capital, the careful dismantling of the constitution from heartless political parties, and the historical forgetting of those populations of people that have become too disengaged and complacent, too numb to all this violence. Too many of us have succumbed to a gradual normalization of aspects of life that should never be normalized.

Toni Morrison writes, and I agree, that during times like these, things never look good.

None of this bodes well for the future. Still, I remember the shout of my friend that day after Christmas: No! This is precisely the time when artists go to work. There is no time for despair, no place for self-pity, no need for silence, no room for fear. We speak, we write, we do language. That is how civilizations heal.

I know the world is bruised and bleeding, and though it is important not to ignore its pain, it is also critical to refuse to succumb to its malevolence. Like failure, chaos contains information that can lead to knowledge—even wisdom. Like art.

Indeed, this is when we need art the most. This is when we need to use our voices to speak, not for, but against power. For me, I use the combination of my academic and creative writing. But art, your art, your blog posts, your tweets, your tumblr posts, your words, your art matters. So don’t feel despair. Don’t give up. We’re not down and out yet. We will only move forward from here.

One thought on “Writers, Our Words are Needed Now More than Ever”

Creativity is for Everyone!