So a little while ago, PressPassLA published a really cool article about Must Read Fall debuts and for each book, they considered whether the books would work better as a tv series or a movie. Here’s what they said about Fate of Flames:

‘Fate of Flames‘ is our last recommendation for the fall. Written by author Sarah Raughley, and set within our approximate timeline, its a wonderful deviation of our current history. The book changes everything in history going back to the early 18th century when phantoms appeared to ravage our planet. Never let a monster destroy the world without an answer. And we have it: in four brilliant girls known as ‘The Effigies’. Each girl possesses inhuman strength and a magical ability tied to one of the classical elements. ‘Fate of Flames’ mixes a bit of ‘Captain Planet’ and the solid girl power butt kicking of ‘Sailor Moon’ in our modern day society. Our unassuming heroine Maia is a far cry from the name taking, butt kicking Effigies depicted in the news. This shy nerdlet comes into her power after the sudden death of the current Effigy of flames. With more questions than answers at it’s conclusion this is a strong start to a new series. Now where to place it? ‘Fate of Flames’ could do very well on the big screen if done right. More likely we think it would have a strong home on ‘Freeform’ ( formerly ABC Family). With shows like ‘Shadowhunters’ making a splash on the network there is precedence for ‘Fate of Flames’ to make a strong following for itself. Alternatively MTV has jumped into scripted television with ‘The Shannara Chronicles’ making it home to high fantasy. Why not add a young hot troupe of badass heroines? ‘Fate of Flames’ has the potential to be a great long running series. We’re looking forward to the sequel already.

First of all, it’s SO COOL and crazy to see outlets talking about the possibility of The Effigies series being adapted for something. I mean, it’s always been a dream of mine and when I see young adult books being made into shows and movies and mangas it makes me dare to hope that the same thing could happen for something I write.

To be honest, I think there are pros and cons to both formats. When I think of YA novels being adapted for TV I think of the Shadowhunters series on Freeform (formerly ABC Family).

I mean the budget obviously can’t be as high as what would be given to a movie production but it’s possible. And there’s enough stuff happening the Effigies, as well as a lot potential for expanding on what’s already there (given all the characters, history, background) that it could definitely make for a series. At the same time, the fact that the series deals with huge, building-sized kaiju monsters and magic and epic battles does mean that it might need a bigger movie budget to make all that stuff come to life. But then again, Hollywood hasn’t had a huge amount of luck with YA-to-Movie adaptations to follow Twilight and the Hunger Games so who knows if they’d want to take the risk.

Either route would be absolutely amazing. I’d be so interested to see how another team who respects the material will also breathe new life into it. Although the one thing that’s pretty uncompromisable would be the races of the characters…at least, it’d be heartbreaking to see my characters whitewashed. Whether it’s a TV or a movie, the diversity in the book would have to remain.

Actually, I’ve also wanted my books to be remade as manga-like graphic novels. Especially with gorgeous art. Like the manga versions of Gail Carriger’s Soulless series:

I’m also in love with Cassandra Jean‘s professional artwork of YA books. 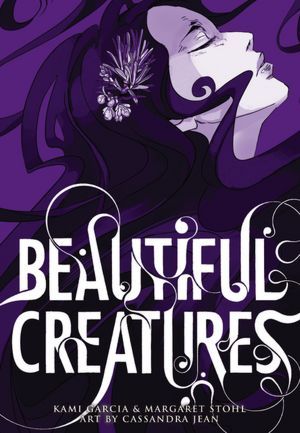 I’m such a geek and anime/manga fangirl that I’d probably end up fangirling harder over this than a movie or tv adaptation lmao!