Okay, yes I in part mentioned The NeverEnding Story because it is a badass 80s movie that I loved, and the original Star Wars trilogy was a badass series of movies from the 70s-80s that I loved, so there’s a connection in there somewhere. Right?

The other connection is that after Disney announced another trilogy to be directed by Rian Johnson, it’s become clear that Star Wars, as a story, will never really end. The announcement was a month ago, but now with the Last Jedi releasing to a somewhat divisive response, as a writer, it’s made me think a lot about storytelling and when to let go.

For me, I’m not a huge Star Wars fan, but perhaps that made me able to see this from a somewhat neutral vantage point. I liked the original trilogy and I can understand why it spawned this huge empire of a franchise. At the same time, I’ve been less enchanted with each new movie release. The prequels, of course, is a given – a lot of people hated them. But I was one of the few people who really didn’t care for The Force Awakens pretty much from jump. I haven’t watched the Last Jedi yet, but while a lot of people loved it, there are quite a few disgruntled voices speaking up.

I’ve been listening to podcasts and reading reviews and reading tweets trying to figure out the nature of the backlash. And one point that keeps popping up all has to do with this one, tricky word: “nostalgia.”

Now I’ve been guilty of being too nostalgic over certain aspects of years past. I know that nostalgia is often a rose-tinted pair of glasses that keeps us from really seeing things from what they are. I do think, however, that it is ironic for anyone to complain about the nostalgia surrounding the original Star Wars trilogy when the continuance of the movie franchise into the unforeseeable future is really just cashing in on that very same nostalgia that then becomes derided (those ‘stupid’ nostalgic fans!) when it becomes inconvenient (like, for example, when the nostalgic feelings of fans stand in the way of profit). 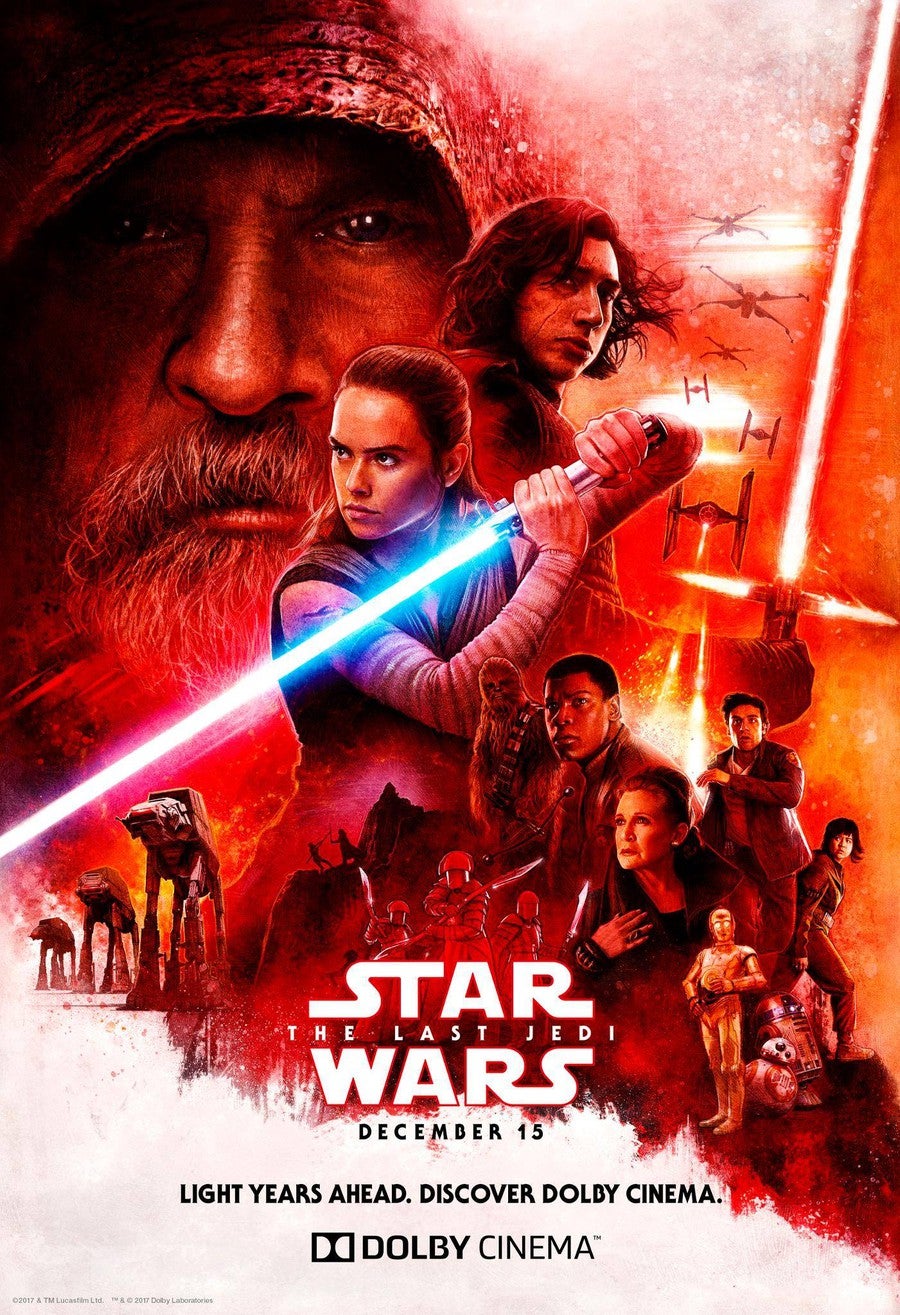 Interestingly, as I’ve been told, the Last Jedi has a very bold theme: that we need to let go of the past. I think there’s something really powerful and brave about that, but at the same time, again, it is ironic because each Star Wars movie can never be separated from people’s feelings towards the first movies. These new movies exist in the first place because of people’s love for that Original Trilogy. Money is being made off of the past with each new installment and side story added to the franchise. And if you don’t want to be chained to the past, the easiest way to escape that fate is to just create something new entirely.

I think we live in an era where corporate capitalism has created a mandate that stories must never end so long as they’re profitable. That’s why The Simpsons is going into its 30th season soon. As other critics have mentioned, the show was created to deconstruct a particular, idyllic way of representing the nuclear family that arose out of the Cold War and was consolidated in the Reagan-Bush era politics of the 80s and early 90s. Now that society has long since moved away from that TGIF saccharine suburban family representation, The Simpsons has kind of lost all context. As the show goes on, it has also lost a lot of the original writers and producers that created those golden classic seasons. But since it’s still profitable, it continues to be dragged along despite the fact that it’s a shell of it’s former self. This great analysis of the show explains what happened more in detail. This kind of decay is a phenomenon that happens to a lot of TV shows that go on forever and lose what originally made them great. Fans of Supernatural and Criminal Minds will know what I’m talking about.

That’s not to say that the Star Wars franchise is a ‘shell of it’s former self’ because lots of people still love, live and die by this series. I personally love that books continue to be written because new audiences can discover it! A lot of fantastic books are being written today by writers who genuinely know and LOVE the story. The books always exist out there for people to discover it on their own.

However, the scale is a little different when it comes to big movies that purport to continue the story officially. There were tons of books in the Star Wars universe that I don’t think were used or referred to much in the new Disney Trilogy (Trilogies?). These movies ultimately are the ones that will be seen as a canon follow up to the Original Trilogy, rather than the books. These movies are the ones that will be mass consumed by hundreds of millions around the world.

But I’ve been thinking lately based on the strangely polarizing audience reaction to the Last Jedi that if there doesn’t seem to be a way for movie audiences to ever truly be satisfied by new movie installments, and if the reason for that perpetual dissatisfaction has to do with the inescapable nature of the Original Movie Trilogy and its ever presence not only in people’s reactions to each new movie, but also in how each writer sets out to craft each new movie (ie: TFA was about recreating the Original movie and TLJ was about trying to get away from the Original movie. See? Inescapable), then that may signal one very important fact:

The books are one thing. I personally love reading the books. The expanded universe of the books and the TV shows are cool and fun asides that are optional and overall tangential to knowing and loving that main movie storyline.  I’m sure any kid in the 80s could tell you that the Ewoks cartoon was a fun way to get kids to buy the toys (like most 80s cartoons), but it’s not like it was necessary to one’s consumption of the main story. People still have good memories of a fun show experience without taking the story seriously because in the end it’s not considered part of the main story.

But the original movie trilogy’s story’s magic was that it was a complete story. It had a beginning, middle and an end. It was full. It told the story that it wanted to tell and then you could move on when it was done telling it. But with each new main numbered movie that gets added to the franchise, new things are added to the movie storyline with seemingly no real plan as to where it’s going to end and no real promise of the cathartic release that an end to a story brings. This is especially problematic as it’s been admitted by the writers and producers that the Force Awakens was created with all those characters, hints, and mysteries set up, but no real plan as to where it was going to end or even go beyond that 7th installment.  That meant, apparently, the creation of a Star Wars movie-producing system where each new director just comes in and does whatever for however many more decades these movies will be made. That might work for side stories, but for a main movie franchise built off of people’s love for a simple story? I don’t know. It’s not surprising, I think, that people who fell in love with that complete, simple story would feel disenchanted and frustrated.

I think there’s a lot of potential in the universe, of course, and lots of people love this series and would appreciate seeing it go on forever. But as a writer, I do wonder what it means to have a story that won’t end. What happens to the quality? What happens when the original magic is gone? What happens when you can’t breathe new life into it? What happens when you do bring new life into it and people hate it? Potentially, yes, you can bring new stories out forever and ever. But is it really necessary? Or is there something special about being able to tell the story you want to tell and letting it go, letting it exist as a complete unit for generations to enjoy forever?

I don’t think there’s a definitive answer to any of those questions. But what I do know for sure is that you can’t please everyone. Though there are people disenchanted with the direction of the movie franchise under Disney for a number of reasons, there are people who love it. And I think that’s always the most important. Please the audience you have. Don’t try to please everyone, because it’s just impossible. I’ve learned that as a writer myself. Put out work you’re proud of and let it stand.

But there’s room for much more too! 🙂