So on Saturday, we had the book launch for Fate of Flames! So many bloggers and friends and people in the Toronto community came. I just want to say, thank you so much for coming!

And thanks so much to E.K Johnston especially for, as she said, ‘inviting me to my own book launch.’ Reaching out and giving me a chance to do a co-launch was so lovely and I can’t wait to have another event soon!

Because I’m still a noob when it comes to events and was totally in a daze the whole time, I didn’t take a ton of pictures with people. But here some pics to show a rundown of the event!

Fate of Flames and Kate’s Ashoka in the display of the bookstore! 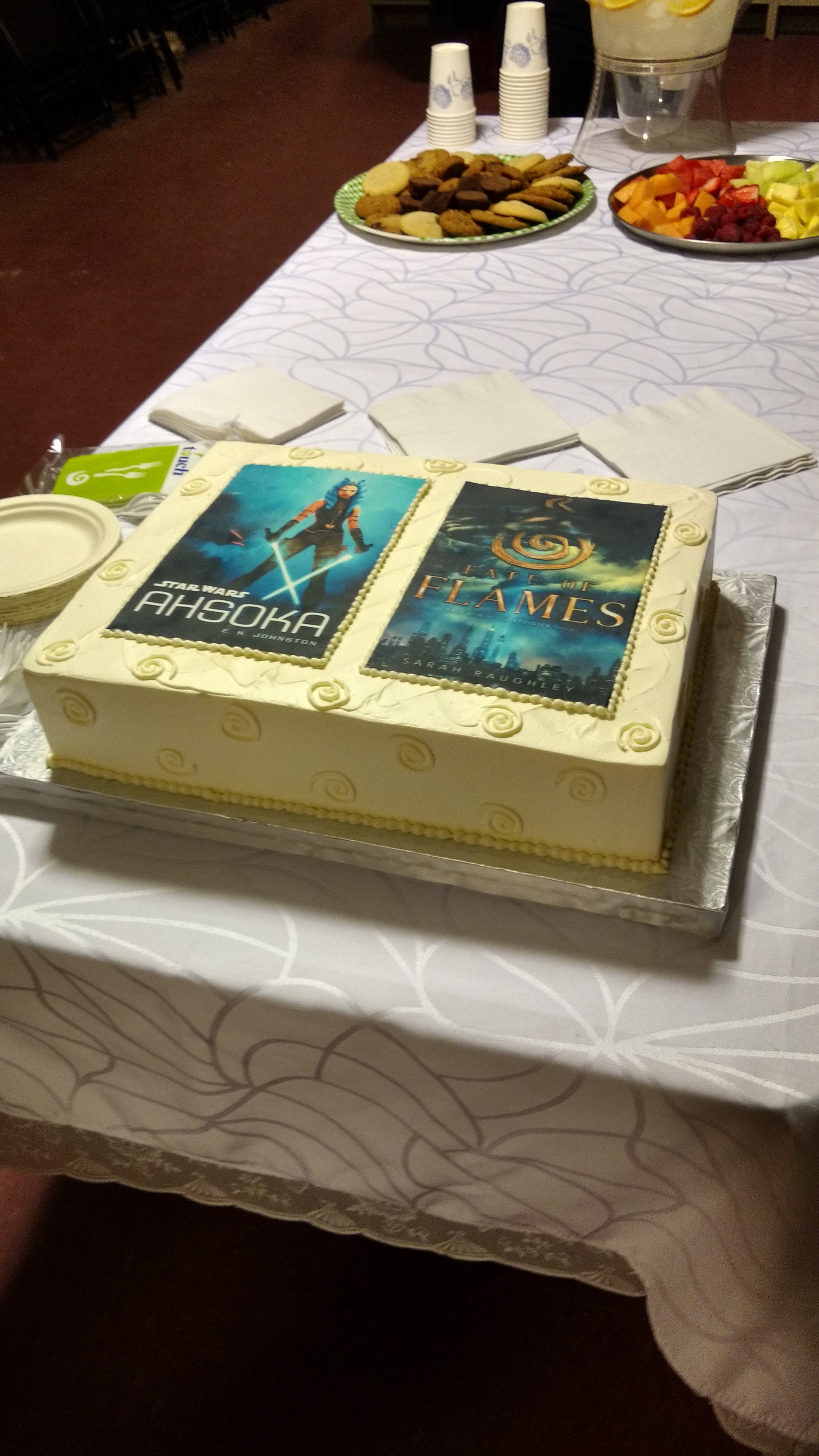 The cake! With our two books on it! Amazing, right? 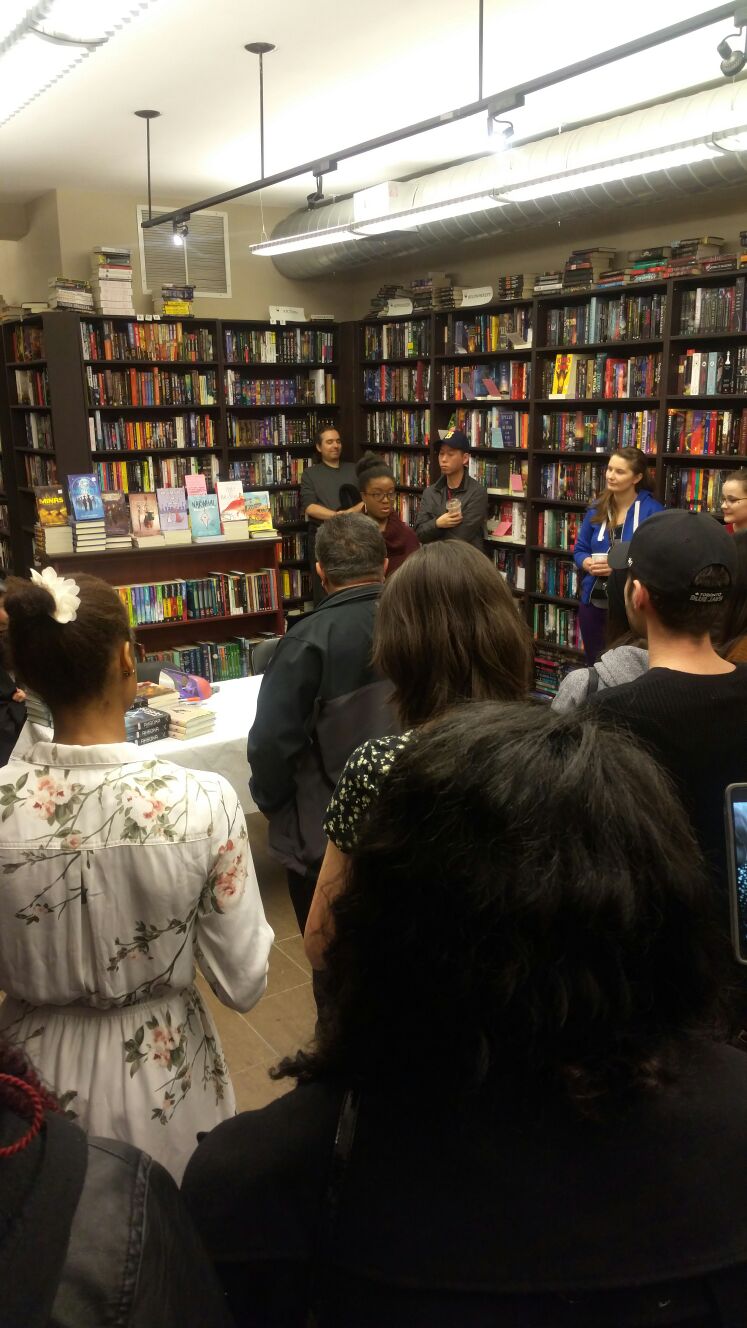 This was during our opening remarks. Kate was a pro, I did pretty good too 😀 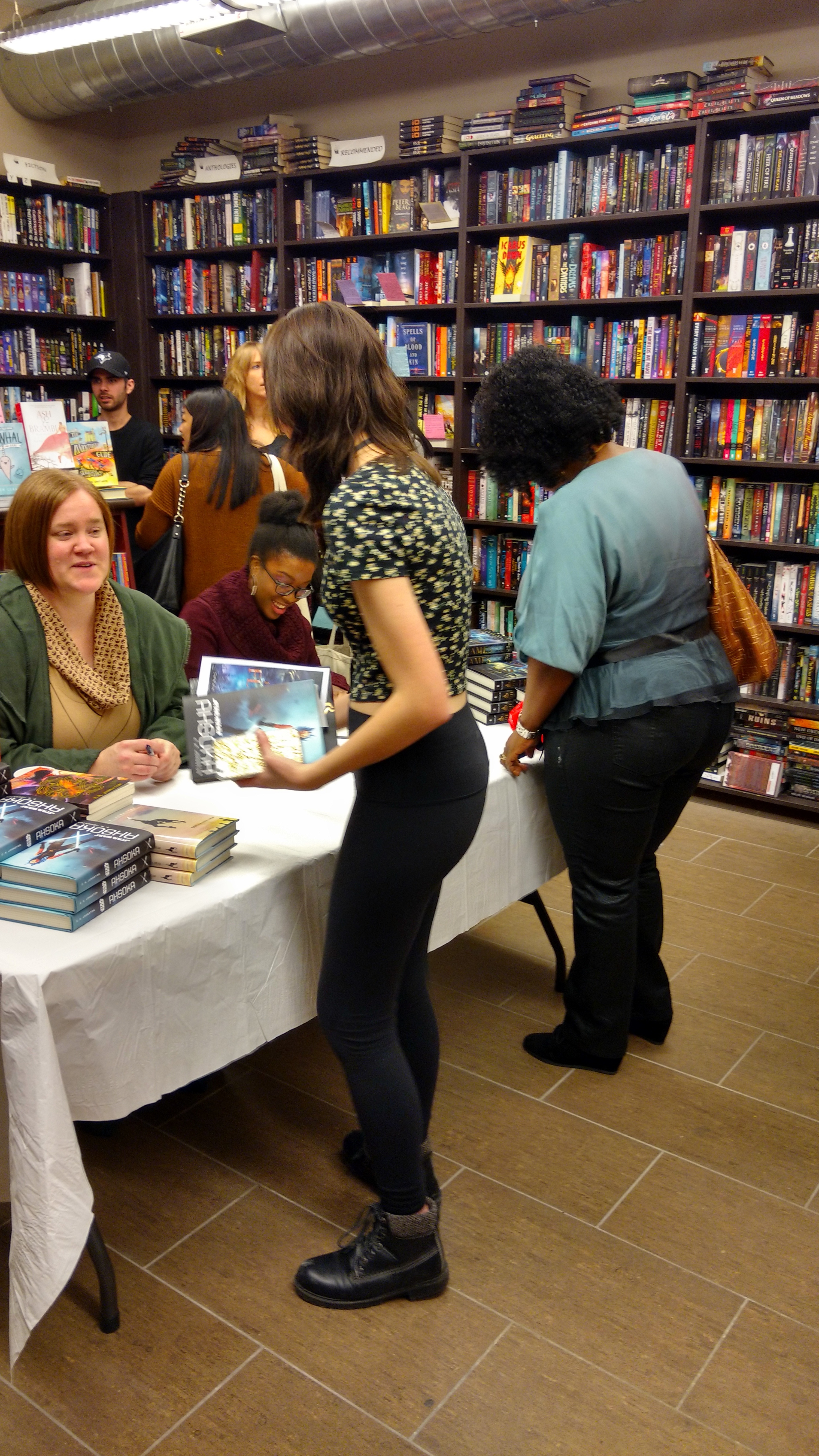 Kate and I signing. I’m still getting used to my author signature, but I had a blast! 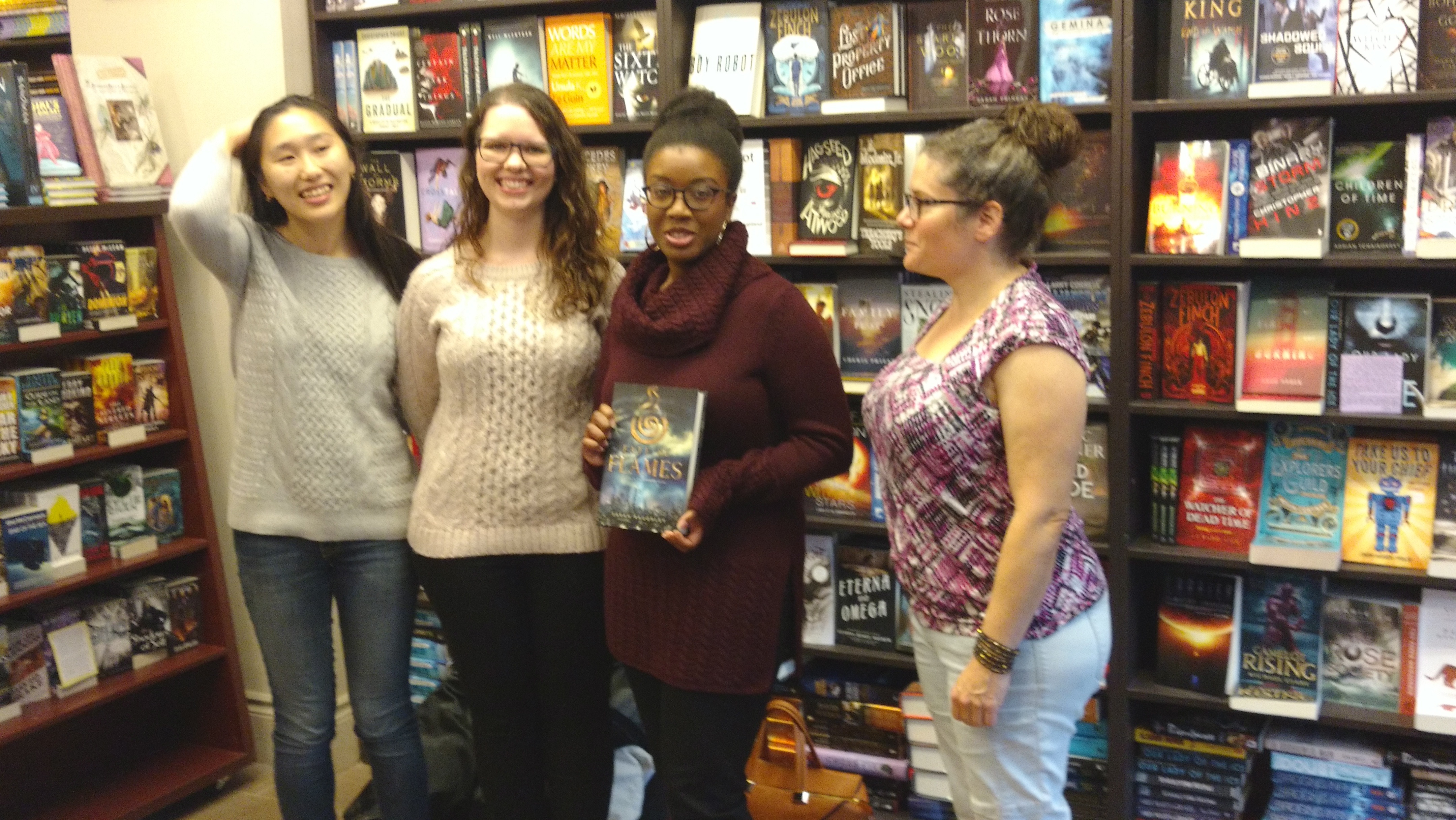 My S&S Team and Chris who runs Bakka Phoenix! 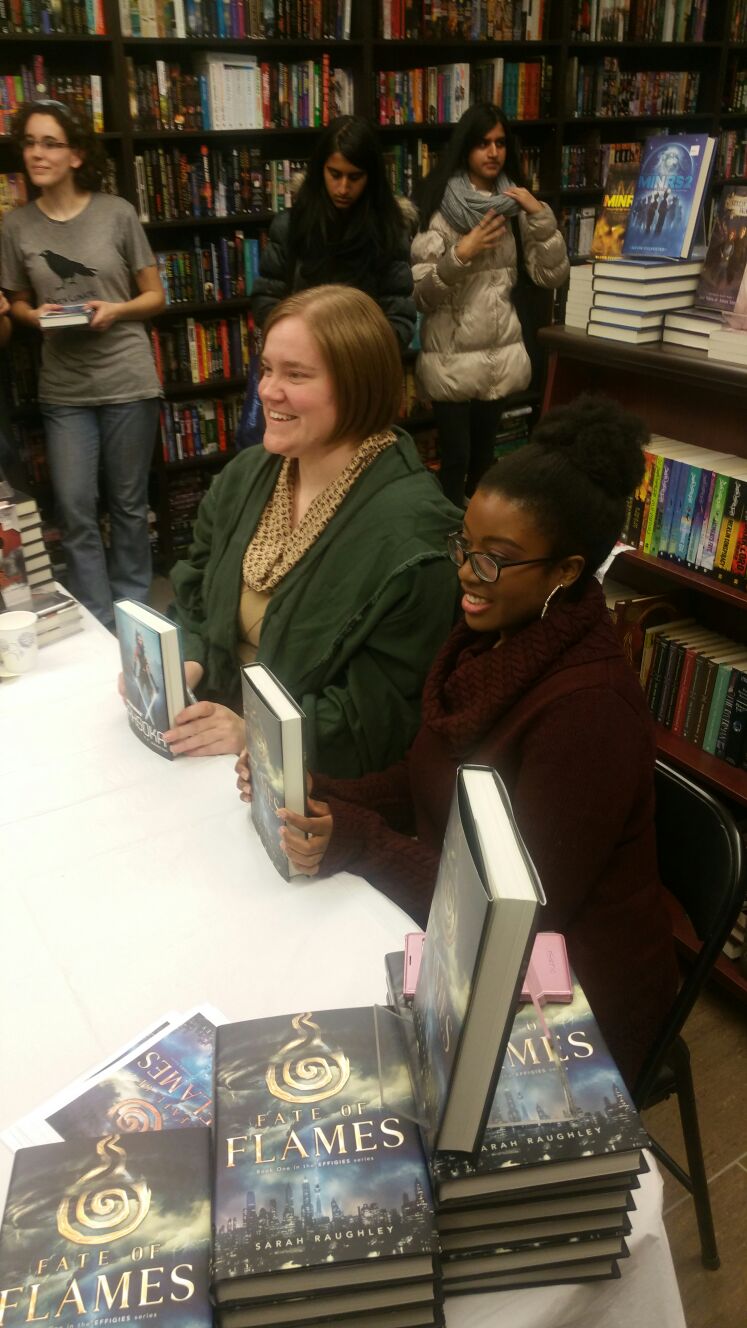 Now, you’ll find that in that last picture, my phone is pretty much sitting dormant on a stack of books when I should have given it to someone to actually take more pictures  T_T. Which is why I don’t have a whole lot to share, but I’ll forgive myself since it’s my first major event. Next time there’ll be TONS of pictures and everyone will just have to deal 😀

Until next time! Again, thanks to everyone who came!